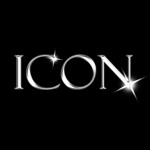 « Back to Field Shows

The 20th century was full of upheaval, discovery, achievement and war, but it was also a time of great cultural life producing enormous talents who remain popular icons today.

In the area of music, the 20th century was gifted with quite a few extraordinary men and women who galvanized the public mind and inspired new ways to think of ourselves as individuals. Michael Jackson, Elvis Presley, and the Beatles are three particularly outstanding examples of musicians who came to embody the spirit of their time. Through music they became famous and through fame they became icons, images, avatars of the popular spirit and the trail-blazers for the identity of millions, not to mention the three best selling artists of all time.