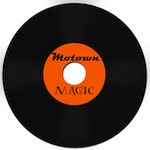 « Back to Field Shows

This show celebrates the 60th anniversary of the birth of record label Motown, founded by Berry Gordy Jr. in 1959. The music produced by these legendary artists became known as the Motown Soundâ€¦.soul music with a distinct pop influence. The four arrangements in this show feature eleven of the most famous and well-known MOTOWN songs. Ideally suited to band instrumentation, this show arranged by Tom Wallace, will entertain your band and audience alike.